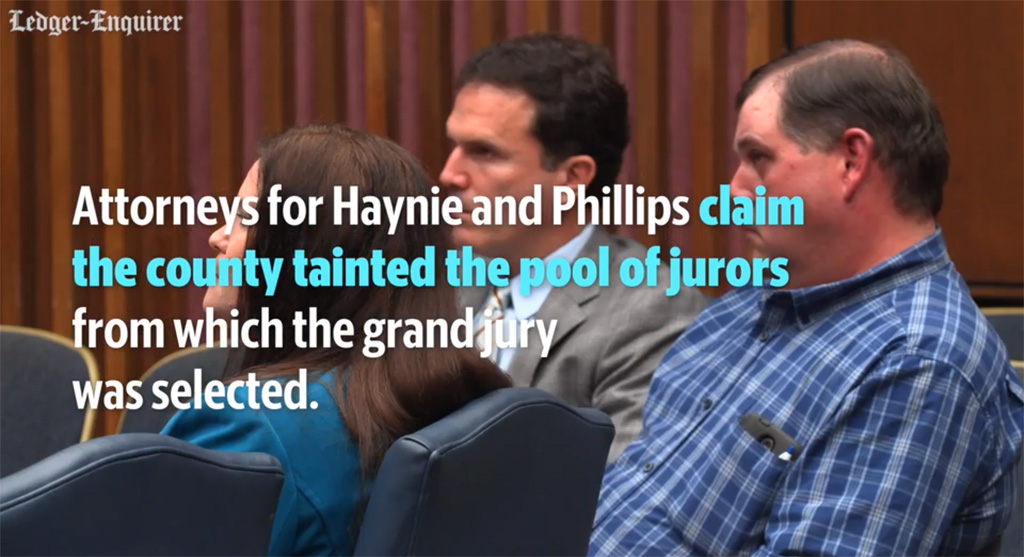 Attorneys for a woman and her alleged ex-lover accused of killing her estranged husband in 2004 are claiming the suspects’ indictment was illegal and should be quashed.

Haynie, now 48, and Phillips, 40, so far are set for trial Sept. 23, but the trial date has been postponed before as attorneys work through a series of pretrial motions. The suspects were arrested in the cold case on June 5, 2014.

On Monday they were back in Muscogee Superior Court as their attorneys asked Judge Gil McBride to dismiss their Aug. 30, 2016, indictment, claiming the county tainted the pool of jurors from which the grand jury was selected.