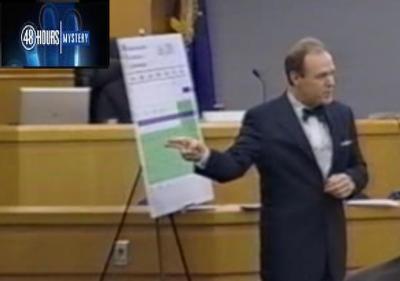 The Babysitter Goes To Trial

(CBS)  For a year and a half, the Routh family prepared for the trial, and tried to prepare for the worst.

“We could go in there tomorrow and he could be found guilty. And they will take him out of the courtroom and we will never be able to touch him again,” says Charlie Routh.

Doug Peters, Chris’ lead attorney, knows that to keep Chris out of prison, he’s going to have to take some big chances. “This is an all-or-nothing case here,” he says. “We have not requested any type of manslaughter or anything like that. He either is guilty of murder or nothing.

”For four days, the jury heard from prosecution witnesses — the doctors, nurses and paramedics who treated Emily. They all agreed that she was first sexually assaulted, and then shaken to death.

With medical experts and Emily’s mother making the prosecution’s case, the defense needs to counterattack and decides to make a high-risk move. He calls Chris Routh to the stand.

And for the very first time, Chris tells his side of the story, reliving the last day of Emily’s life.

In his emotional description of that day, Chris says that he has seen her scratching herself between the legs before, and that she was scratching “really hard” that day. In fact, Emily had eczema. And, the defense says, it was possible that she scratched herself hard enough to cause bleeding, and to make it look like a case of sexual assault.

Now, the defense must answer the most basic question: how did Emily die? Chris’s lawyers have a surprising theory: They say that a rare brain virus killed Emily.

But even more surprising than their theory is whom they get to explain it.

Dr. Kris Sperry is the chief medical examiner for the state of Georgia. The defense asked him to look at Emily’s medical records and he agreed to testify for Chris, even though it is his employer, the state, that has brought this case against Chris.

Dr. Sperry testified that, in his opinion, Emily’s death was the result of “a natural disease process.” In fact, he said, she died as a consequence of irreversible brain damage.

In addition, he testified, shaking is extremely rare as a cause of severe brain injury or death in children older than six months. He also said, “I find it very unusual that if this child was shaken, that there was no evidence of any bruising on the chest wall, or even any broken ribs.

”Finally, he testified that Emily “did not die as a consequence of any abusive or inflicted injuries.

”Defense attorney Phyllis Miller hopes Sperry’s willingness to risk his professional reputation will convince the jury that Emily died of natural causes. “Thank God, Dr. Sperry believed that telling the truth was more important than what he might have at stake,” she said.

The new testimony had the Rouths feeling confident.

But before the jury reached a verdict, it asked the judge a stunning question. Is it possible for them to convict Chris on count one and not count two, or do they go together?

The jury seemed ready to convict Chris Routh on the most serious charge – murder.

His parents have heard some harsh words against their son in the nearly two-week trial. But they’ve never believed that he had anything to do with the tragic death of Emily Woodruff.

Now, the opinions of 12 jurors are all that matters.

Chris was found not guilty of all counts.

For the Routh family, it was a welcome verdict and an expensive one. Chris’ defense cost them nearly $400,000 dollars. But at this moment, freedom is priceless.

“It felt like a million pounds had just been pushed off from me,” says Chris. “I could just feel all that stress and all that pressure justshroooom! It went right out.

”It was not a verdict the Woodruffs were prepared to hear.

They’ve lost their daughter forever. They still feel that Chris somehow had something to do with their daughter’s death. “I believe what I believe about what happened,” Lewis says.

Two years ago, Chris was a normal kid living a normal life.

Now he’s trying to piece that life back together. The first step: removing the ankle monitor he’s had to wear the past four months.

Then, it’s driving lessons with Mom.

And finally, the biggest step of all – Orientation Day at high school.

“I cannot wait,” Chris says.  “Tomorrow marks the beginning of my normal life again. I hope!”