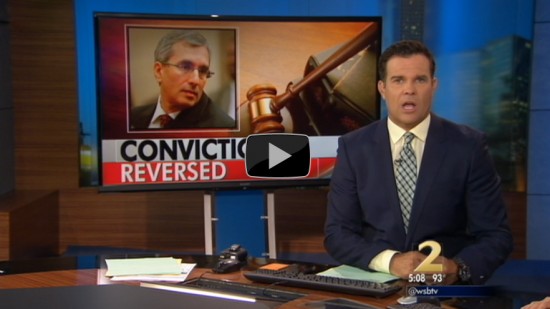 Hemy Neuman was accused of shooting and killing another man in a highly-publicized case dubbed the “Dunwoody Daycare Shooting.”  Doug Peters and Bob Rubin were hired by Mr. Neuman to defend him against the charge of murder.  In order to understand how a person of Mr. Neuman’s intellect, exemplary job history, and familial bonds with his 3 children could be involved in the shooting of Rusty Sneiderman, Mr. Peters and Mr. Rubin consulted with the best mental health professionals in the State of Georgia.  Those doctors met with Mr. Neuman in the DeKalb County Jail and conducted hours of interviews and tests in order to report back to Peters and Rubin whether Mr. Neuman had mental health issues.

Lawyers for the prosecution found out that those doctors had met with Mr. Neuman at the jail and proceeded to subpoena all of their notes, tests, and impressions, even though the doctors were not going to testify in the trial.  Mr. Peters and Mr. Rubin moved to quash the subpoena arguing that the subpoena violated the attorney-client privilege.  The judge, after a lengthy hearing, denied their motion and ordered that the records be turned over to the prosecution.

After a four week trial in which the defense team contended that Mr. Neuman was legally insane at the time of the shooting, the jury found Mr. Neuman guilty but mentally ill.  Mr. Peters, Mr. Rubin, and Scott Key appealed the conviction to the Georgia Supreme Court, and the Court in an 6-1 decision overturned the conviction on the grounds that the prosecution’s subpoena of the defense consultants’ records violated the attorney-client privilege.  Mr. Neuman will be retried in August 2016.