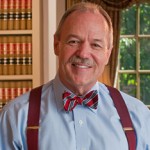 Decatur attorneys Doug Peters and Robert Rubin have a history of using improbable tactics when defending clients, a trait that may prove valuable in the defense of Neuman.

After Neuman was indicted for the Nov. 18 murder of Dunwoody father Russell Sneiderman, Peters, a past president of the Georgia Association of Criminal Defense Lawyers, held a press conference. He and partner Rubin also went on the NBC News “Today Show” to caution against letting reports of the crime unfairly taint Neuman.Neuman.

“In a case such as this that is already highly publicized, it is imperative that no one rush to judgment, and allow the legal process to run its course,” Peters said.

“The death of Rusty Sneiderman is a tragedy, and our heart goes out to his family,” said Rubin, who is also an adjunct professor of criminal litigation of Emory School of Law. “Hemy Neuman has been an excellent employee and a loving father. too, and we must be careful not to compound the tragedy.”

Peters has a history of successes in murder cases, scoring acquittals in four metro Atlanta murder cases going back to 1983. In 2006, Peters persuaded a Fulton County Superior Court judge to overturn guilty verdicts in a “shaken baby” murder case by presenting testimony by seven medical experts who said the 6-month-old boy died of sickle cell disease.

And Neuman is not the first defendant represented by Peters and Rubin to gain national attention.

In 2006, the CBS News program “48 Hours” featured a case in which Peters won acquittal for a 16-year-old boy charged with the murder of a child he was babysitting. Peters enlisted the expert testimony of the state’s top medical examiner, who told jurors that the boy’s charge died of a rare brain virus.

Rubin’s high profile cases include representing teachers in the Atlanta Public School System currently being investigated in connection with a test-cheating scandal and a defendant in the so-called Final Exit assisted suicide case, where prosecutors invoked a criminal enterprise law generally associated with prosecution of organized crime figures.